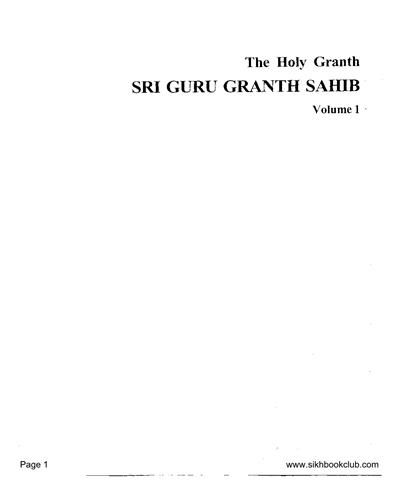 The entire Gurbani is an inspired work in ecstatic expression. Says Guru Nanak-"As the Lord's Holy Word comes, I reveal it." More, because it was sung according to the ragas, at times the syntax seems to play hide and seek.