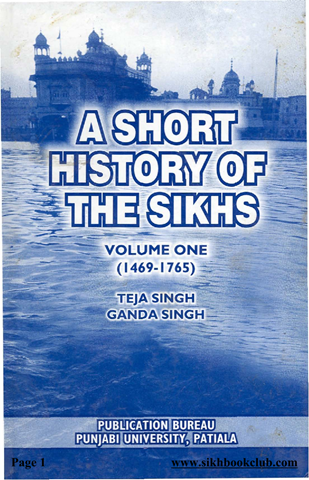 A Short History of the Sikhs

This Book describes the first attempt to write a history ofthe Sikhs from a secular stand-point, to show how the foundations of their character were laid by their Gurus, who were their temporal as well as spiritual guides, how suffering intensified their character and moulded their national aim.