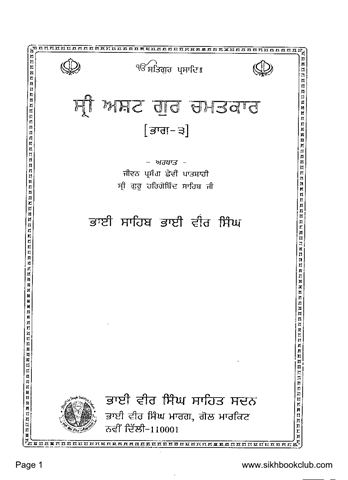 This book descriobes the Sikhs believe in the importance of truthful living, which can only be created by purity of mind and not through religious purification rites. They believe that impurity of mind leads to many other vices such as anger, lust, attachment, ego, and greed.