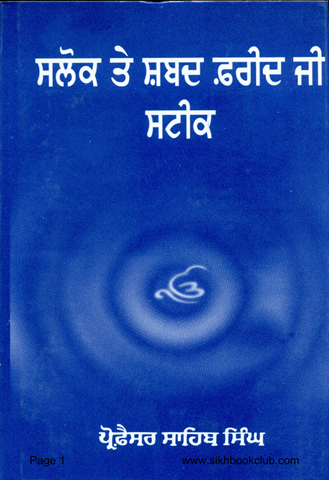 Though written in 1942, publication of Slok Te Shabad Farid Ji Steek was held back by Prof Sahib Singh, as he intended to bring it out as part of his cumulated Bhagat Bani series, which he finished writing in 1945. But the increasing socio-economic tensions of the pre-partition years ultimately propelled him to publish it in its singular form.