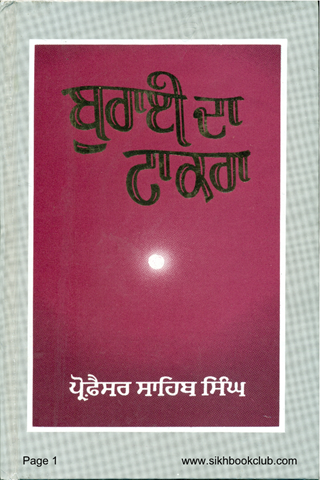 After working on interpretations of ‘Bani’ from Guru Granth Sahib for the initial part of his writing career, Prof Sahib Singh was inspired to write religious essays by the changed social milieu around ‘Gurudwara Leher’ of 1921 to 1925. The first of these essays, ‘Amma Di Jholi’, was published in weekly ‘Punjab Darpan’, which later kept appearing in ‘Khalsa Samachar’, apart from ‘Punjab Darpan’.

This book comprises of essays collated out of archives from between 1921-1945, and was published in 1946 to widespread appreciation. As the title itself suggests, ‘Buraai Da Taakra: Dharmik Lekh’ encapsulates the moral teachings of Guru Granth Sahib, thus showing a path towards virtuous living.